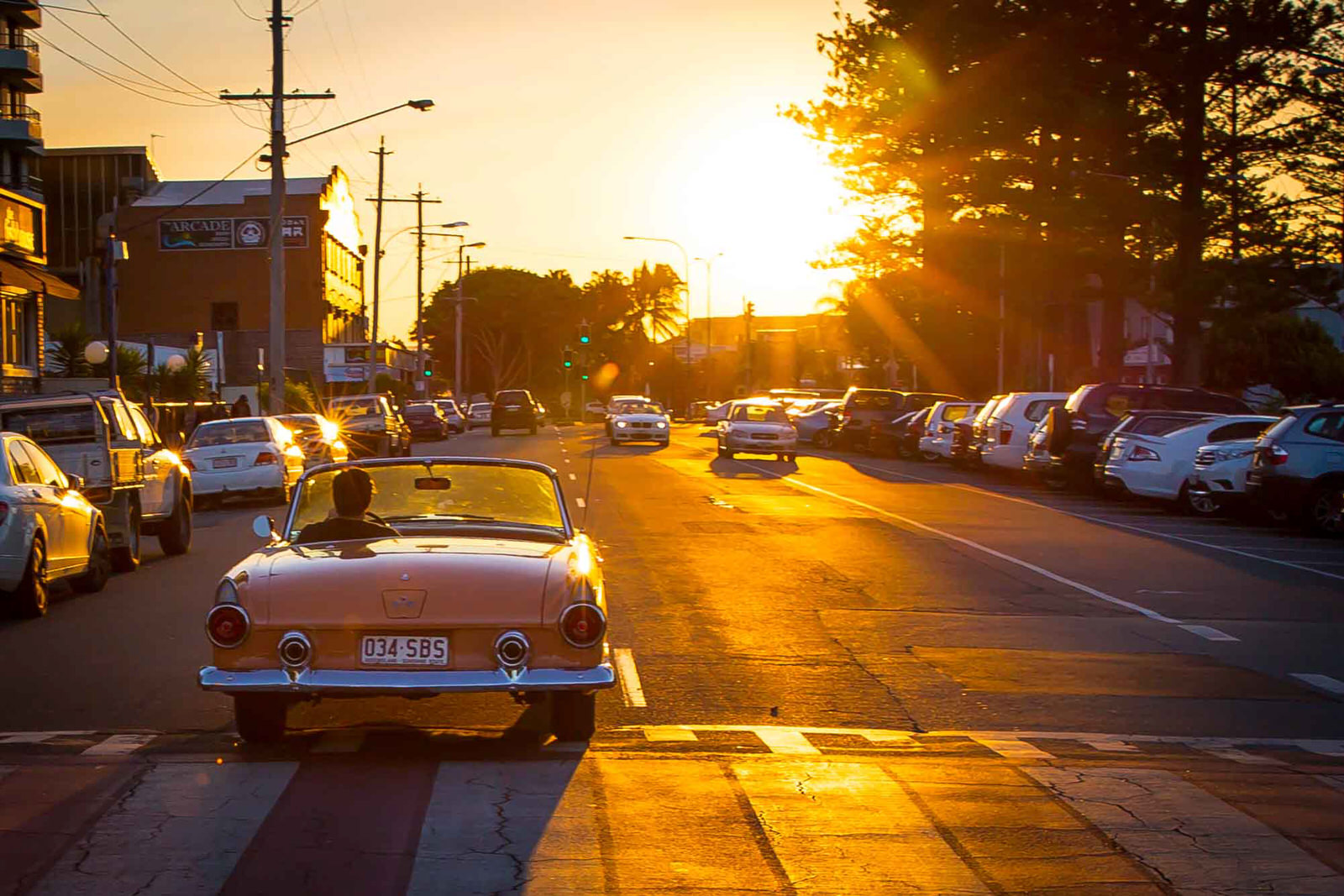 South from the bustling suburbs of Surfers and Broadbeach lies the family friendly suburb of Burleigh Heads. Known for its laid back atmosphere, Burleigh is home to the Gold Coast’s best beaches, many family friendly areas including local markets, BBQ and picnic areas along the beachfront promenade, and a beautiful national park with walking trails.

The beachy and relaxed environment is one that is much loved by locals in general as well as those who call Burleigh home, making it a very popular weekend and holiday spot. Stretching from the Miami Headland to Tallebudgera, Burleigh was honoured as the Gold Coast’s best beach in 2012. ‘The Point’ Burleigh has always been a popular surfing destination and is home to the Burleigh Breaka Pro Surfing Championship.

In 1840 the surveyor James Warner named a number of locations in the region and twenty years later in 1860 the surveyor Robert Dixon recorded the headlands near Tallebudgera Creek as Burly Head, possibly because of its massive appearance. The nearby creek was called the River Perry. Over the years Burly was changed to Burleigh and the Perry was renamed Tallebudgera Creek.

Another identity who knew the area and its inhabitants well from the 1870s was Archibald Meston. He recalled fifty years later that the Yugambeh people called Big Burleigh Jayling (black) and Gumbelmoy (rock), after the volcanco black basalt rock of the headland. 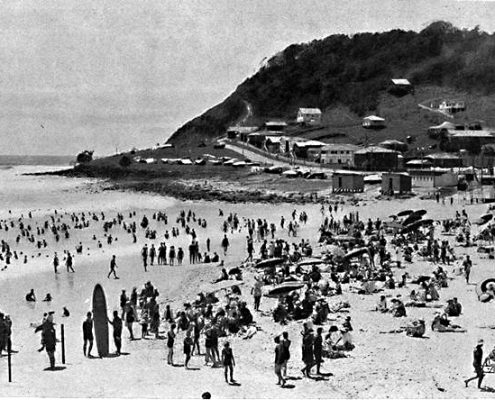 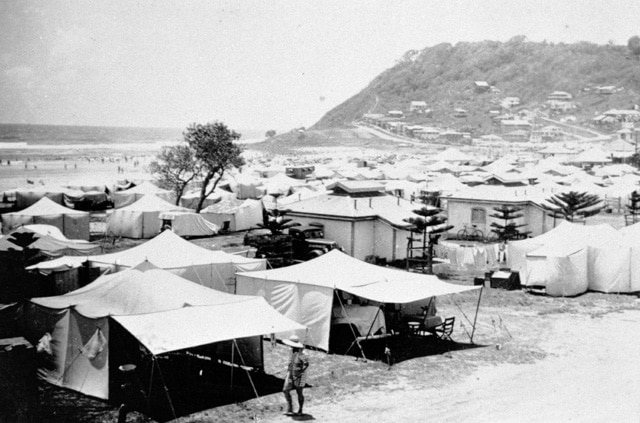 Travel to the township was via rough roads or along the beaches from Southport. By 1882 the Nerang Divisional Board was working on improving the coastal track to what would eventually become Surfers Paradise and Frederick Fowler, a member of the Divisional Board, erected the first guest house at Burleigh Heads.

As transport options improved with daily coach services and the arrival of the railway to Boobinga (West Burleigh) the township grew. Although Burleigh Heads was still mostly popular as a tourist destination during Easter and Christmas holidays when hundreds of visitors would descend upon the small village, its permanent population slowly grew with families like the ‘Justins’ making it their home and providing facilities and services to passing and visiting tourists.

It was during this period that J. G. Appel recommended that an area be set aside for recreation purposes. This reserve eventually became the Burleigh Heads National Park

Soon after Griffiths established his nascent bird sanctuary, another nature-based tourism venture commenced in nearby Tallebudgera Valley in 1951 with the establishment of David Fleay Wildlife Park. Fleay had a similar philosophy to Griffiths arguing that fauna should be kept in conditions as close as possible to the natural environment, and was critical of modern zoos, however, Griffiths began as an entrepreneurial amateur while Fleay was a naturalist with scientific training, and before moving to Queensland, when still in Victoria, had been responsible for the first successful captive breeding programs of a number of Australian indigenous animals. 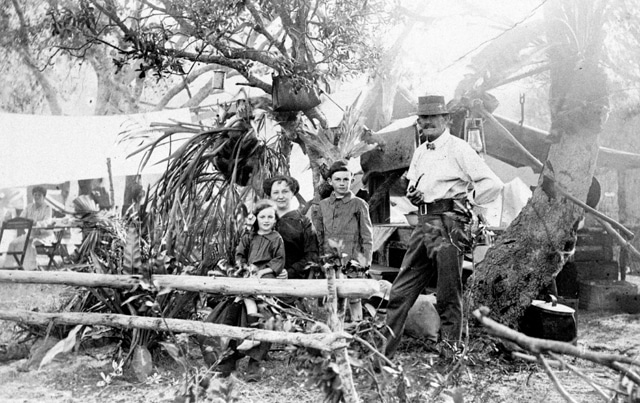 Burleigh Heads is a coastal suburb on the Gold Coast 80 km south of central Brisbane. The Big Burleigh headland on the northern side of the mouth of the Tallebudgera Creek was described in 1840 by Robert Dixon during a survey of the coast between the Clarence and Brisbane Rivers. Dixon named the landform Burley Head.

During the 1870s the surf beach and the creek were visited by a few well-off holiday makers, drawn by horse racing on the firm sand, fishing, game birds and oysters. Town allotments were surveyed at both Burleigh Heads and upstream at Tallebudgera, and it was at the latter that residential development occurred. A hotel (1882) at Burleigh Heads served as a coaching stop between Southport and Tweed Heads. When the railway between those towns opened in 1903 the hotel closed. The next hotel did not open until after World War I.

The railway stopping place at West Burleigh was about 3 km from the beach. Nerang Shire council set aside a foreshore camping area with water and sanitary services for a charge of one shilling per tent per week. Once again a combination of surf, creek and scenic headland drew campers, numbering hundreds during Christmas and Easter holidays. Following the sale of two housing estates totalling 92 lots in 1915, there were cottages, holiday flats and the Bluff Residential Hotel. A surf life-saving club was started in 1923, and the Jarvis hall was built for both social functions and church services. 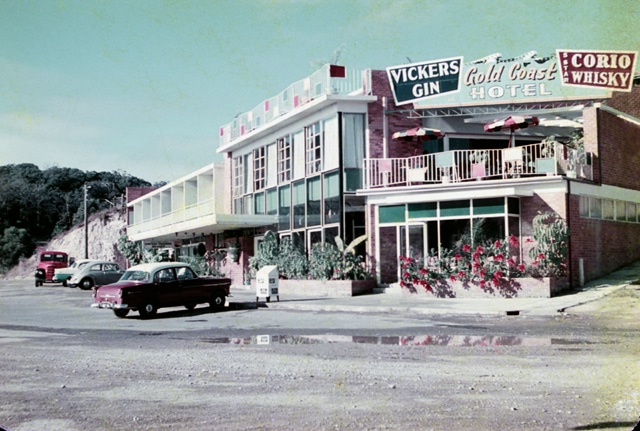 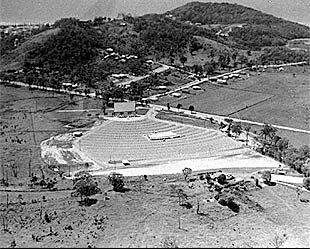 In 1925 the Jubilee Bridge over the Nerang River replaced a vehicular ferry enabling motorists to drive easily from Brisbane to the South Coast, and two years later bridges were opened over the Tallebudgera and Currumbin Creeks. Within a few more years the Burleigh Heads-Mowbray Park surf life-saving club was formed, with a daring male membership who discarded woollen neck-to-knees and donned Jantzen Zipp topless togs.

Until the 1940s Burleigh Heads was classified as one of the ‘in-between’ beaches when travelling from Southport to Coolangatta. It extended further north and south than now, with the Miami, Burleigh and Palm Beach Hotels, along with five boarding houses, several storekeepers and tradespeople’s shops, a garage and a post office. Inland there was considerable dairying.

The Burleigh Headland was gazetted as a National Park in 1947. At 27 ha it is the only major coastal reserve between Main Beach and the New South Wales border. In 1952 the naturalist, David Fleay, opened a wildlife sanctuary about 2 km upstream near the Tallebudgera Creek. The Neptune Ladies Life-Saving Club and the Dolphins (another women’s team) conducted beach patrols. In contrast to Surfers Paradise, Burleigh Heads continued as a site for campers, with camping allowed on the foreshore until 1959. Commercial development, however, was on the march: a motel (1958), Penney’s Variety store (1955) and a drive-in theatre (1957). 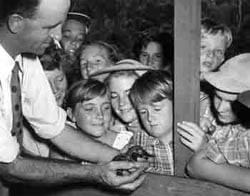 Although situated on the Gold Coast, Burleigh Heads is predominantly residential. In 2001 tourists and visitors were estimated at 21% of its census count. Burleigh Waters to the west is entirely residential, and includes the Burleigh Town Shopping Centre (1981 discount department store, supermarkets and about 60 shops) along with a primary school and Marymount Catholic College (1967). Burleigh Heads primary school is near the beach, on the Gold Coast Highway, along with two churches. In addition to the National Park there is a foreshore reserve, Burleigh Ridge Park and the Tallebudgera Creek Environmental Park. Burleigh Waters has less open space, unless the canals and lakes are counted. Big Burleigh still stands out in the landscape, but the eye is drawn to the apartment blocks: the first, Goodwin Terrace, was built in 1967. Other blocks soon followed, and in the 1980s some 20-storey blocks were added, overlooking the camping ground.

The iconic beach break at Burleigh Heads was dedicated as a national surfing reserve in 2012. The Burleigh Beach Pavillion built on public beachfront land, received an upgrade in 2015.

Burleigh Heads had a low proportion of children under 14 years at the 2011 census and nearly one-fifth of its population was aged 65 or more. 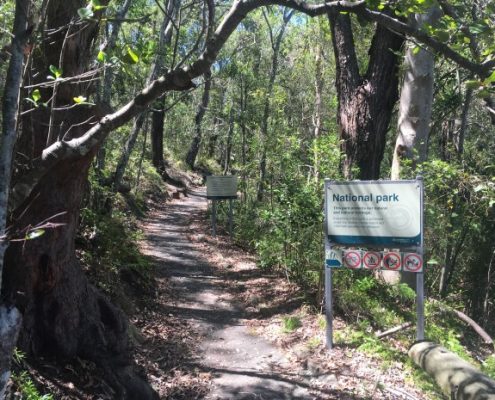 Stockland Mall, Treetops Plaza, Burleigh Homespace and Burleigh precinct have everything a serious shopper could ask for. 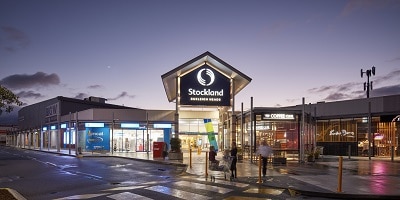 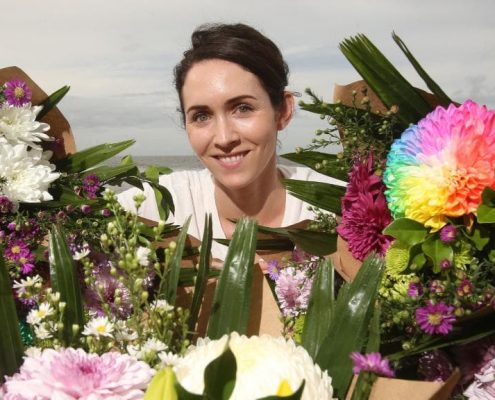 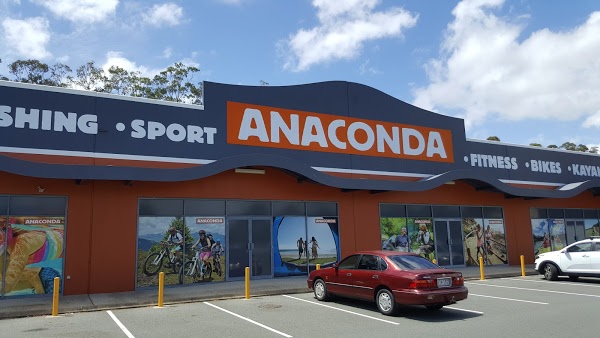 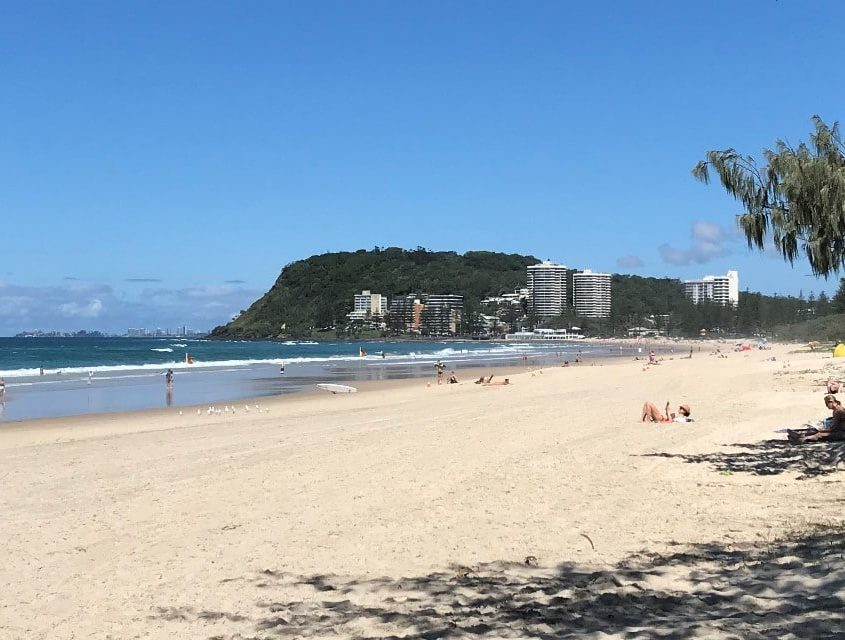 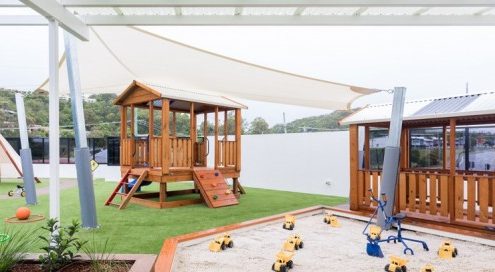 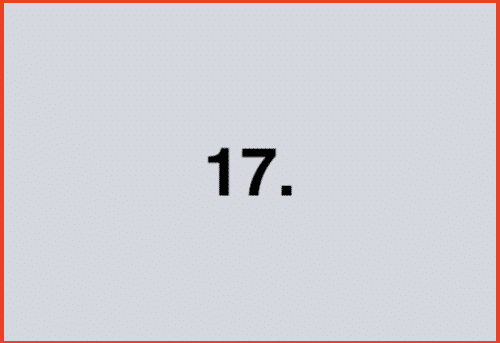 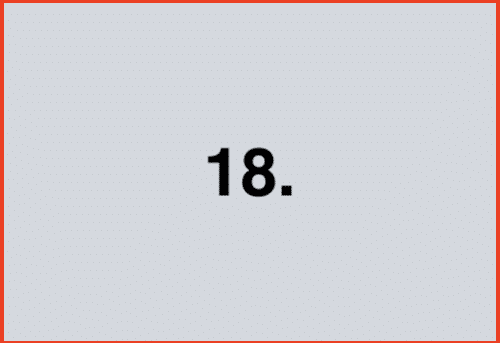 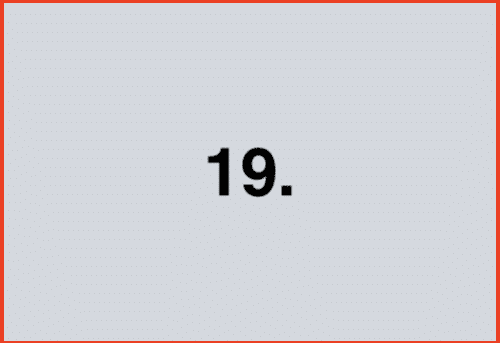